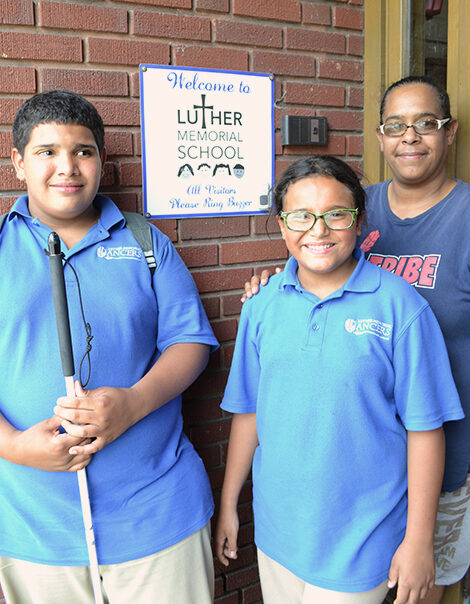 “I'm convinced we wouldn't have gotten this support anywhere else."

In 2017, Rosa Cruz adopted a family motto: “keep it pushing.” It meant that though the odds may be stacked against her family, they would persevere. “God put this on the table for us. This was our path,” she remembers. “We had to keep it pushing.”

In November of 2017 when he was a seventh grader, Antonio Horn, her son, sustained a head injury at a water park that exacerbated an existing condition. Though he lost his sight from the accident, he gained a new way of living, one marked with confidence and motivation. “He was like a different child after the accident,” says Rosa. “He wasn’t afraid to try new things.”

Rosa is grateful to LMS for making it possible for Antonio to complete his final year at the school, despite his disability. “I was blown away when I heard he could stay. Antonio had been at LMS since kindergarten. He knew the building so well. It made such a difference to his recovery that he could stay.”

In the days after the accident, Rosa said she kept a tight circle of support. That circle included one of Antonio’s teachers, Mrs. Missy Beckman. “Calling Mrs. Beckman was like calling my sister. This is the great thing about LMS. Teachers look at my kids like they’re their own kids,” says Rosa, who also has a daughter, Heytie, an eighth grader. “I’m convinced we wouldn’t have gotten this kind of support anywhere else.” 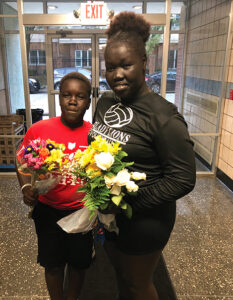